Rhinos are a massive source of inspiration to me. They are amazing animals. Yet, they are dying out. So, as part of the Animal Series Tag that I was invited to participate in by the lovely Liz C, I focus on Rhinos. Here is why they inspire me.

1. Rhinos may not be the most photogenic of animals but that doesn’t make them any less beautiful.

2. Rhinos have a think skin. It’s important in life to brush off the negativity that surrounds you at times. Whether it’s people rejecting you  or bullying you, having a thick skin will help you ensure that those folk don’t get you down.

3. You should work hard and PLAY hard. Life can be a drag if you don’t have a bit of fun in it. Enjoy life. 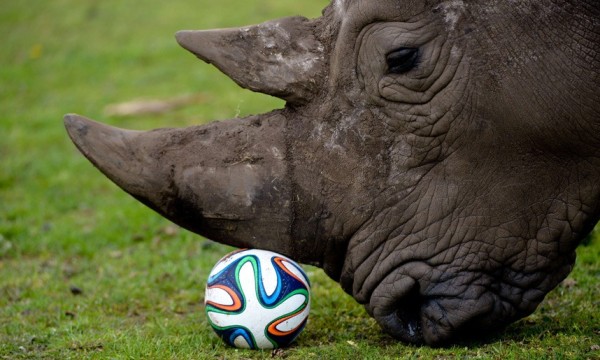 4. Rhinos run fast in short spurts. In life, it’s often better to make short term goals and charge at them, complete them, celebrate and repeat. Long term plans can often have changes in circumstance.

5. It’s okay for things to get a little muddy at times – just like a Rhino, it’s okay if the journey isn’t perfect but messy. Things can get messy at times. But don’t be afraid of the mess, just roll with it and enjoy the ride.

I never really took that much notice of rhinos growing up  When I was a child I thought they were cool. They look different and they had an awesome horn after all. But it wasn’t until I was older that I realised just how special they are. It all started with finding out about Sudan who is the last male northern white rhino.

Sudan has to have 24/7 round the clock protection from armed guards. It’s a crime but it is unlikely that we will be able to save his species from extinction. And why? For the illegal trade of rhino horn (an item made of keratin, the same thing that is found in our fingernails) and lest we forget trophy hunting. It takes a big person to kill an innocent creature so let’s give a big shout out to cretins like the owner of Jimmy Johns Gourmet Sandwiches. You are one giant tool.

Anyway, after hearing about Sudan, I took much more of an interest in rhinos and they are such amazing creatures. They are intelligent, sociable, considerate animals that have been known to bond with other animals (including dogs and goats). People just seem to forget them because they aren’t cute and fluffy in the standard sense. Don’t get me wrong, I think they are magnificent and beautiful creatures but less people are going to go “aww” than they would say a panda. It’s a shame because we will lose them and our children and children’s children will never know what they missed. And in many ways, I feel like a rhino. I’m big and not conventially cute and not often acknowledged. But there is more to me than you’d think. In that regard, rhinos and I are rather kindred spirits. I just hope we can save them.

As for my nominations for this, I will pass them onto you in due course. Thank you again to Liz for the nomination. 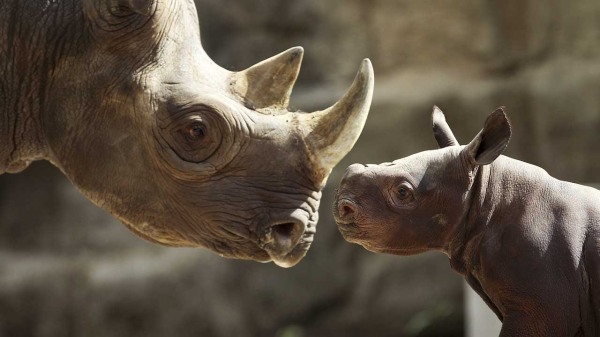 Let’s be clear about something.

Rhino horns are similar in structure to horses’ hooves, turtle beaks, and cockatoo bills. They are made of keratin – basically the same stuff that’s in your hair and fingernails. Yet, despite their being no empirical evidence to suggest otherwise, certain cultures, such as is in China with traditional Chinese medicine (TCM), it is regarded as something of a magical elixir. But the reality is that it is no better for you than chewing on your fingernails.

There are also those that just find it looks nice on the mantlepiece.

But what are the facts?

There are five species of rhinoceros and, with the exception of one subspecies of African white rhino, all are in danger of being hunted to extinction for their horns. Furthermore,  the scarcity of rhinos today and the corresponding intermittent availability of rhino horn only drives the price higher, and intensifies the pressure on the declining rhino populations. For people whose annual income is often far below the subsistence level, the opportunity to change one’s life by killing an animal that they don’t value is overwhelming.
Poachers will directly respond to demand. And now they are now being supplied by international criminal gangs with sophisticated equipment to track and kill rhinos. Often they use a tranquiliser gun to bring the rhino down and hack of its horn leaving the rhino to wake up and bleed to death very painfully and slowly. Let me reiterate. These poachers cause these beautiful animals to die PAINFULLY AND SLOWLY. Poachers are also often armed with guns making them very dangerous for the anti-poaching teams who put their lives on the line to protect rhinos.

I’m scared that one day, if I ever have kids (which I would willingly but you know – I kinda need a wife for that), I will have to tell them about rhinos through a picture book because they will no longer be around to see. And for what? It’s tragic that these amazing creatures are dying over a myth that the rhino horn has some therapeutic benefit. And if you have any doubts about how cruel this trade is, a google image search will highlight the cruel reality.

So what can you do?

A good place to start is Save the Rhino (https://www.savetherhino.org/) which is an organisation that looks to act before it is too late. You should also report any suspicious activity to the authorities, if you suspect someone is selling/buying rhino horn products.

Do what you can!