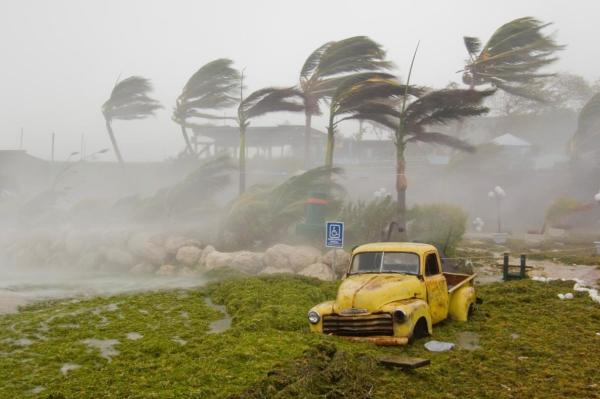 I read a very interesting article this evening from the Guardian that underlined the very real and very frightening reality that there are still many people whom haven’t come to grips with or who still refuse to acknowledge that climate change is a real and hugely problematic thing.

Some of them follow the Donald Trump argument that goes along the lines of it being something developed by China to prevent the United States from competing with them in the global market. Others will claim that it is all part of a “natural” cycle that would happen regardless of what we did. There are also those that say they don’t believe in climate change, not because they have studied the facts or that they have any real interest in climate change but because they have some deluded idea that it is the cool and heroic thing to do; that by doing so they are annoying people who they deem irritating. Some are just attention seekers while there are too those that just have a skewed understanding of science. This goes back to the whole thing about people basing their “facts” on things they’ve picked up on Facebook rather than from a book or a scientific article.

But I don’t think these people are bad people per say. I mean, to deny it at this point of time is concerning but even so. Nor are all the people who disagree with climate change Breitbart loving Republicans or UKIP followers. And indeed, there are still some people who acknowledge that climate change is happening but who think that the outcome is inevitable and therefore not worth acting on.

The truth is that climate change is happening with the ice caps melting, more frequent flash floods, droughts and wildfires. This isn’t going to change overnight and indeed, as the temperatures creep up on us, these events will be more common. Anyone living in the United Kingdom would be foolish to deny that these past few years have brought with them more floods than in previous years.

And as the article says, climate change happens by degree, and every fraction of a degree celsius matters. Last month’s report saying we’re already 1.2C above pre-industrial levels is bad. But 1.2C is less risky than 1.5C, which is less risky than 2C. That might not sound so bad but the reality is every bit matters. The hopeful bit is that all is not lost at 1.2C or 1.5C and there is always something worth fighting for.

People will say things like reducing carbon emissions won’t help much but if reducing them even partially could mean that there is a drop in temperatures and so less extreme weather, surely that is a good thing. What isn’t a good thing is saying that we can take the increases for granted. What isn’t a good thing is saying that nothing is happening or there is nothing we can do. You can see what is happening before your very eyes are saying there isn’t is just burying your head in the sand. Don’t take it for granted. Think about your children. Let’s take care of our home. 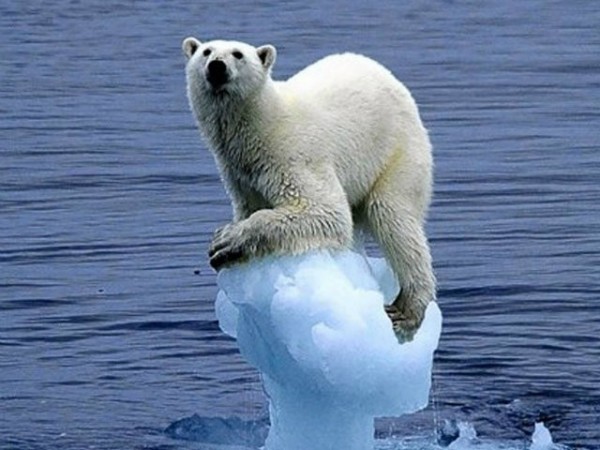 One thing that has baffled me for quite some time is some people’s inability to grasp or accept the fact that we are damaging our planet. Even President Elect Donald Trump has said on multiple ocassions that climate change is nothing but a hoax which is done for the benefit of China. I’m sorry Mr Trump but the facts are irrefutable. Climate change is happening and it is something that we all need to be conscious of. 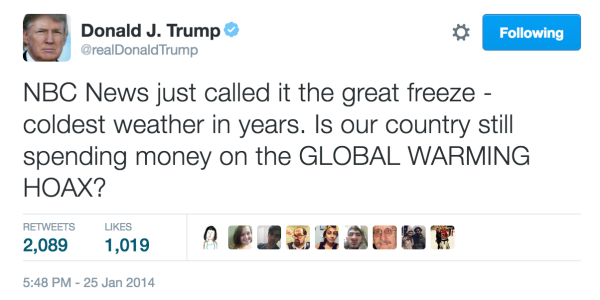 That’s not to say I can’t understand his gripe. He’s a business man and not just an idiot like my former chemistry teacher who proudly stated that global warming was nothing more than a circular thing that was unrelated to anything we’re doing. Trump is looking at it from a business standpoint. China has the world’s largest carbon dioxide emissions which are nearly double that of the United States. But the reasons why China’s products are so cheap are not because they emit large amounts of carbon dioxide. As a country, China’s workforce have no guarantee of worker’s rights as highlighted by the International Trade Union confederation scoring a 5. Countries with the rating 5 are the worst countries in the world to work in. And while legislation may state that workers have rights, they actually have no access to them and are therefore exposed to autocratic regimes or unfair working conditions. Remember that poor woman who was basically topless selling jewellery that I posted earlier? Well that’s the sort of rights workers have. Workers are also paid very low salaries. In fact, minimum wage in China is lower than the Republic of Congo. Employees also often work long hours and poor working conditions. So employers in China can already undercut costs unless Mr Trump wants to lower worker rights. China also has a large amount of raw materials that it can use to its advantage. China have also agreed to the Paris agreement and they are now too dedicated to lowering emissions. So that argument really doesn’t stack up.

Let me be clear about something, global warming and climate change is a significant problem that is going to affect our lives as well as the lives of our children. I want children someday and I don’t want them to have to live in a world destroyed by ignorance and nativity.

And the evidence behind climate change is staggering. We are talking evidence that was compiled by some of the smartest minds on the planet including NASA who put a man on the moon.

All three major global surface temperature reconstructions show that Earth has warmed since 1880. Most of this warming has occurred since the 1970s, with the 20 warmest years having occurred since 1981 and with all 10 of the warmest years occurring in the past 12 years. Even though the 2000s witnessed a solar output decline resulting in an unusually deep solar minimum in 2007-2009, surface temperatures continue to increase.

The oceans have absorbed much of this increased heat, with the top 700 meters (about 2,300 feet) of ocean showing warming of 0.302 degrees Fahrenheit since 1969

The Greenland and Antarctic ice sheets have decreased in mass

Glaciers are retreating almost everywhere around the world; including in the Alps, Himalayas, Andes, Rockies, Alaska and Africa.

Since the beginning of the Industrial Revolution, the acidity of surface ocean waters has increased by about 30 percent

Since the beginning of the Industrial Revolution, the acidity of surface ocean waters has increased by about 30 percent.This increase is the result of humans emitting more carbon dioxide into the atmosphere and hence more being absorbed into the oceans. The amount of carbon dioxide absorbed by the upper layer of the oceans is increasing by about 2 billion tons per year.

Satellite observations reveal that the amount of spring snow cover in the Northern Hemisphere has decreased over the past five decades and that the snow is melting earlier.

The effects of climate change are great. Indeed, they would too much to cover in just one post and I direct you to this excellent page from NASA.

Needless to say the results would be devasting. And for those that think it is unreal, I challenge you to find out from your local government what their thoughts are. For example, in the United Kingdom, parts of the country are designated as high risk flooding zones that would be deemed unsalvagable if waters rise. I kid you not.

Climate change will also lead to many speces extinction both on land and in the sea alike. Coral bleaching destroys habitats. Flooding would too. New temperatures would decimate local wildlife and could see the spread of diseases such as malaria and Zika virus. And animals found in the arctic and Antarctic would cease to be. I don’t want my children to only be able to look at pictures of these animals that once were. I don’t want to lose the beautiful wildlife that our countries have. We need to do more. It must happen.

As a final note, I give you 30 Seconds to Mars